We are Hop King; a family run, London based craft beer and skateboard company.

Our goal is to make tasty beer that is accessible to all which is why we created the Hop King Pale Ale – an easy drinking, easily understandable and easily recognisable beer.

Our passion doesn’t stop at beer though, we also love skateboarding and want to help grow this ever inspiring industry.

We have brought some of the Europe’s best up-and-coming skaters together to create the Hop King skate team. 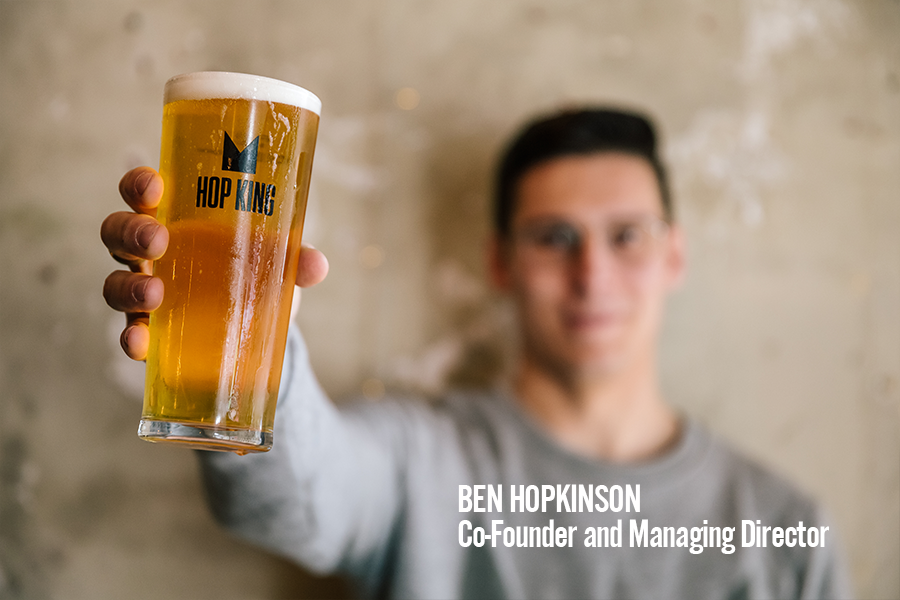 Ben - A publican, brewer and beer lover, Ben was fed up with the over hopped craft beer scene and wanted to make a nice easy drinking pale ale he could share with friends. With this, Ben runs the beer side of the business as well as the operations of Hop King. The elder of the brothers, Ben apparently loves spreadsheets as much as he loves skateboarding! 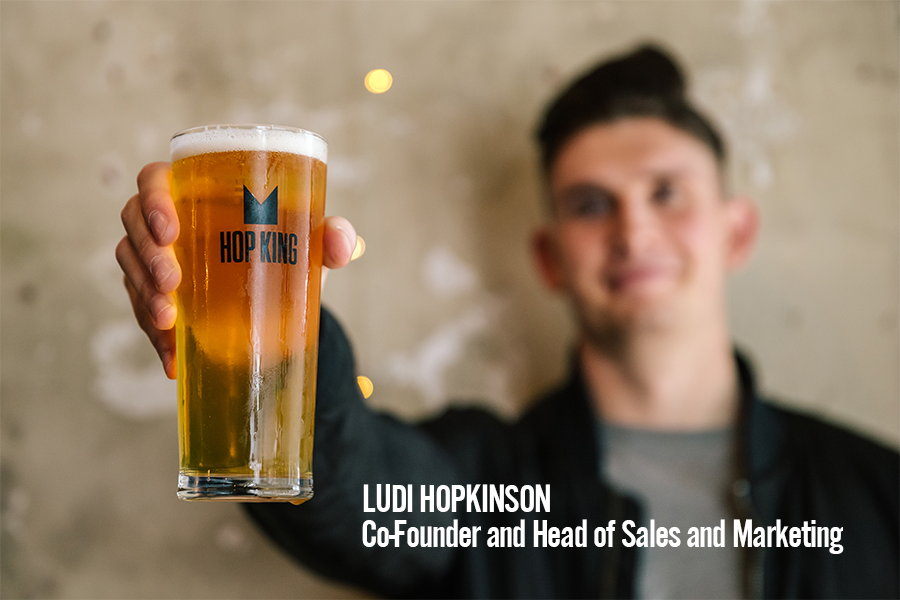 Ludi - Ludi, the younger brother of Ben, is passionate videographer and marketeer. He is the curator of content and runs the sales and marketing side of the business. He has an unhealthy relationship with camera equipment and is annoyingly good at double flips.

At Hop King we ensure high standards in all areas of business practice. Our robust business model depends on contract brewing for the production of our beer. By using a third party's equipment and experience we can ensure high quality and consistency in our products, as well as maximise the use of their space and our capacity to scale.

The business is designed to be run by a small team of people who have been carefully chosen and are passionate about Hop King. Our founder and managing director, Ben Hopkinson, is a strong believer in championing people. Employees are therefore given the opportunity to grow with the business by taking initiative and learning new skills. Two of our current staff members have previously worked with Ben on another one of his businesses, and they were brought over to Hop King due to the immense potential they exhibited. One of them is now a shareholder in both businesses as well.

In order to reach a younger audience, we create interesting social media content (such as videos of tricks from our sponsored skaters, or from people in Hop Kingdom) and capitalise on influencer marketing. The brand is built in a way that brings value to our customers and followers beyond the actual products, by supporting skate culture and promoting its health and other benefits.

This is forward thinking, as the skate industry is going through a period of high growth. It also seems likely that negative stigma associated with skateboarding will disappear in the next few years, as its health and self-expression benefits are brought to light by skateboarding companies and organisations. This movement will be strongly supported by the Japan 2020 Olympic Games, which will feature skateboarding for the first time.

Hop King's business model allows for fast and easily manageable growth in the near future, in term of both operations, and brand value. We are currently crowd funding with the aim of raising £200,000 by May 2019, which will allow us to expand to Japan ahead of the 2020 Olympics, and other skateboarding hubs globally in the next few years. We plan on capitalising on Hop King's potential for growth to go global in the near future.

Feedback from our customers

"So, after 20 years of being too afraid to do it, today I finally learned to drop in. Massive thanks thanks to @hopking and @hopkingdom for putting together a great park and an environment full of positive vibes for skaters of all ages and abilities. Huge shout out to @biglurkerr for literally holding my hand and walking me through it, you’re a legend mate."

"I was planning to move out of London before Hop Kingdom opened, but now I am here to stay."

Stats we are proud of